Study the pasts of different world cultures and societies, gain a perspective on our interconnected world and master the methods of critical thinking.

We study history in order to place our present in context and broaden our understanding of future possibilities.  We study the pasts of different world cultures and societies in order to gain perspective on our increasingly interconnected world.  In the process of attaining these lofty goals, history majors at North Carolina Wesleyan learn to master the methods of critical thinking that are central to historical analysis. Our students learn how to process multiple sources of information, make arguments with logical precision, and write and speak cogently.

Email any of our advisors with any questions you have about completing this program. 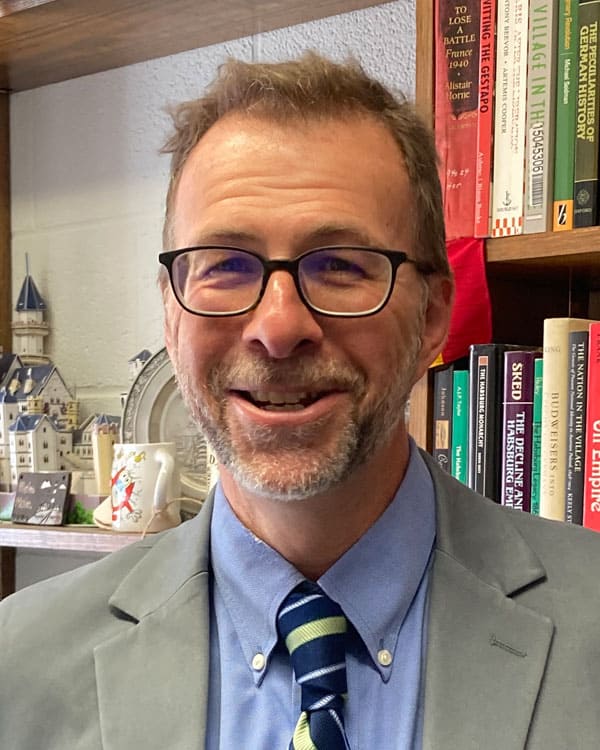 The History major provides students with an understanding of the breadth and depth of the human past while learning the methods of historical analysis that are central to critical thinking. In addition to learning about people, places and events, History majors learn about causation, textual interpretations and comparative analysis. History majors also gain a familiarity with the diversity of world cultures and learn to look at social problems in a global perspective.

Here are some highlighted courses included in the History Major:

HIS 205: Bodies and Bacteria
This course focuses on the history of medicine since 1750 from a social-historical approach. The focus is on the impact of medical practices on ordinary people more than on scientific or medical innovation.  Questions of eugenics, pharmacopeia and genetics will be addressed across two and half centuries of changing practice, meaning and politics.

HIS 495 (Special Topics):  The Vietnam War
This course focuses on the war as a geopolitical, miliary and cultural phenomenon.  Emphasis if placed on U.S. involvement in Southeast Asia in the 1960s and 70s.  In addition to studying events on the battlefield, the course considers the war’s representation in popular culture and public memory.

HIS 320: The Holocaust
This course analyzes the social, economic and political, causes of the attempted genocide of European Jews in the twentieth century.  Focus is placed on the rise of Nazism and the meaning of the Holocaust in world historical context.

What are the courses like in History at NCWU?

The history major focuses chiefly on the history of Europe, Asia and the United States.  Beyond these categories, the major is geared toward thematic courses that cross geographical and cultural boundaries.  In addition to developing content knowledge, the history major is oriented toward helping students develop important skills, such as research, analysis, writing, verbal communication, teamwork and problem-solving.

Earning a Bachelor of Arts in History requires students to complete the following course requirements:

View the MAJOR Requirements for B.A. in History

Students who complete 18 hours of history courses may earn a minor in history.  Minors may count no more than 6 hours of lower-level courses toward the minor.  Minoring is a good option for students who enjoy history but are committed to one or more other majors.

Career Opportunities with this Degree

How does this degree prepare students for a career?

The possibilities for a degree in Religious Studies are truly endless as it is the epitome of a true interdisciplinary, liberal arts degree. Many Religious Studies majors also go on to graduate school for academic, counseling, or clergy careers. Our program’s reputation and quality faculty can open many doors for you to find employment in religious studies upon graduating, or to continue your learning in a graduate program.

Graduates have a high job placement record and we also offer collaborations with other universities and institutions that allow students the opportunity to transition seamlessly into programs that provide an advanced degree, graduate studies or certifications. Learn more about the Duke Divinity School Hybrid Master of Divinity (MDiv-H) or Master of Arts in Christian Practice (MACP) degree.

The discipline of history provides excellent training for a wide variety of career paths and professions.  For example:

Wondering what you can do with a degree from NCWU’s Religious Studies major? Check out these resources from NCWU Career Development & Leadership and the Occupational Information Network (O*NET).

Wesleyan is dedicated to assisting students in their professional development offering resources and guidance for hands-on learning experiences through internships, assignments within the courses and job search resources. Let us help you focus on your education and career at the same time!

Jessica Brabble, history major graduate, was the winner of the 2020-2021 Outstanding Graduate Student (Masters) in the College of Liberal Arts and Human Sciences at Virginia Tech. Jessica was also accepted into the Ph.D. program in history at the College of William and Mary.

Other Past History Major Graduates:

One of the innovative teaching methods used in the history program is called Reacting to the Past, which is a role-playing game-based pedagogy.  Think of it as LARPing history.  You can see what we mean by watching this video.

North Carolina Wesleyan University is partnered with Smarthinking, a complimentary online tutoring service, provided to all Wesleyan students. This service is available 24 hours a day, seven days a week and features live tutoring in the subjects of writing, reading, math, computer and technology, science and business.

Be engaged at NCWU!

Choose from 30+ student-led clubs and organizations to connect with other students who share your academic interests or… create your own.

To simplify the transfer process, NC Wesleyan University has a number of partnerships with other community colleges, universities and institutions that allow students to enroll at NCWU with simple pathways. These agreements outline the courses you should take to prepare for transferring to NCWU. Review the full list of transfer articulation agreements to see if your institution is listed.

Interested in this major? Here are some suggested next steps.