As a Political Science major, you’ll be challenged to think analytically, engage everything with a data-driven focus and make decisions that affect everyone.

Many of our students pursue careers in government agencies, politics, law, and education. The Political Science major also provides opportunities for careers in research and data analytics, as well as excellent preparation for a variety of graduate programs. Political Science is also an ideal major to prepare for admission to law school.

What is Political Science?

POLITICAL SCIENCE is the systematic study of politics and power from domestic, international and comparative perspectives.  It entails understanding political ideas, ideologies, institutions, policies, processes, and behavior, as well as groups, classes, government, diplomacy, law, strategy, and war.  A background in political science is valuable for citizenship and political action, as well we for future careers in government, law, business, media, or public service.

Email any of our advisors with any questions you have about completing this program. 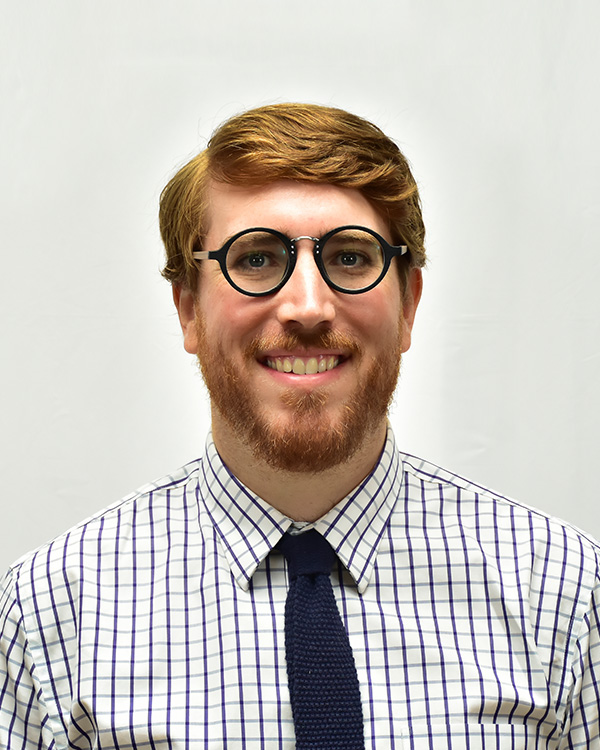 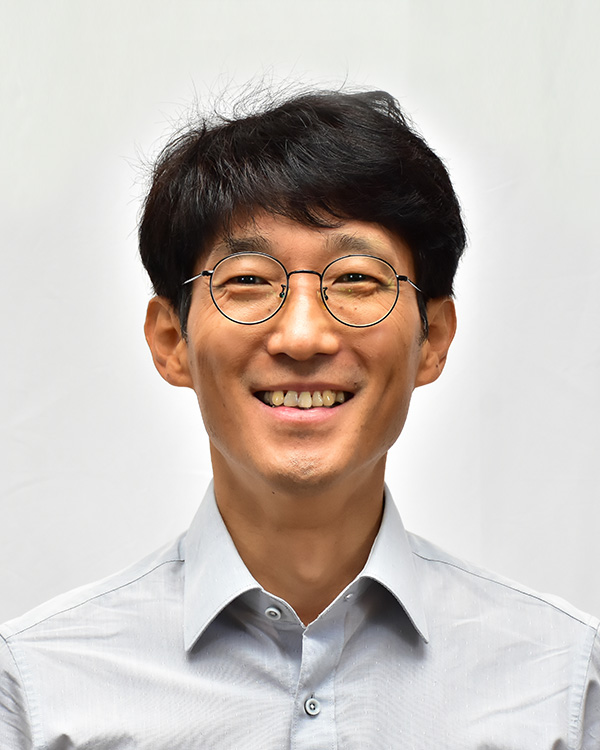 The Political Science major at North Carolina Wesleyan University seeks to i) provide a detailed education in American Politics, Comparative Politics, International Relations, and Political Theory, ii) create active and informed participants in the political process, iii) prepare students for service in the public and private sectors. Students are expected to develop strong critical thinking and analytical reasoning skills through a vigorous exploration of political issues, ideas, and topics. The major stresses writing and speaking skills as the means to communicate information and analysis.

Here are some highlighted courses included in the Political Science Major:

Students in the Political Science program will develop a detailed education in American Politics, Comparative Politics, International Relations, and Political Theory. These courses are designed to prepare students for service in the public and private sectors. Students are expected to develop strong critical thinking and analytical reasoning skills through a vigorous exploration of political issues, ideas, and topics. The courses stress writing and speaking skills as the means to communicate information and analysis.

American Political System (POL 112)
Offered annually (fall or spring)
This is an introductory course in American national government and politics. It is designed to give the student a basic understanding of the American political system from the framing of the Constitution to the present. This course is particularly concerned with the struggle for democracy in America.

Introduction to Political Science (POL 200)
Offered annually (spring)
This course is designed to provide the student with a general understanding of how political scientists study the phenomena of politics and deepen the student’s understanding of their role as both a critical thinker and participant within the political system. This course will focus on the basic principles important to the field of political science, as well as political behavior, systems, processes and interaction.

Introduction to International Relations (POL 201)
Offered annually (fall and spring)
This course is designed to introduce students to the concepts and theories of international relations and provide an interactive forum for analysis of the international system and the forces that produce cooperation and conflict.

Social Research Methods (POL 308; cross-listed as SOC 308)
Offered annually (fall or spring)
Pre-requisites: MAT 213 and POL 112
This is a study of the logic and methods of social science research and its application including project design; measurement, collection, analysis and interpretation of data; and ethical implications of social research.

The United States Congress (POL 300)
May be offered instead of Judicial Politics or The American Presidency during the spring based on student need/demand. This is an introductory course on The United States Congress. It is designed to give students a basic understanding of how Congress works and why from the framing of the Constitution to the present. The course is particularly concerned with the development of Congress, its representational role, structure and process and congressional policy and performance.

Judicial Politics (POL 301)
Offered spring of odd-numbered years
This is an introductory course on judicial politics in the United States. It is designed to provide the student with an understanding of the organization of courts (federal and state), judicial process in civil and criminal law, judicial decision-making, and judicial policy making. Particular attention will be given to the role of judges as political actors as well as racial disparities within the criminal justice system.

The American Presidency (POL 302)
Offered spring of even-numbered years
This course examines the modern presidency from Franklin D. Roosevelt to the present with emphasis on policies, decision-making, party-politics, personality, and the powers of the contemporary president (writing intensive).

American Political Thought (POL 400)
Offered fall of even-numbered years
This course surveys American political thought from the colonial era to the present. Required readings are drawn mainly from primary sources including the writings of politicians, activists and theorists. Topics include the relationship between religion and politics, rights, federalism, national identity, republicanism versus liberalism, the relationship of subordinated groups to mainstream political discourse and the role of ideas in politics. We will analyze the simultaneous radicalism and weakness of American liberalism and how the revolutionary ideas of freedom and equality run up against persistent patterns of inequality (writing intensive).

Constitutional Law (POL 410; cross-listed as JUS 410)
Offered annually
This course is planned as a unit in the study of American Constitutional Law. The organization will be partly chronological and partly topical. It will not attempt to cover every field of our constitutional law, nor even every important field, but will concentrate on those issues which best indicate the importance of the Supreme Court in the development of American politics.

Political Psychology (POL 411)
Offered fall of odd-numbered years
Pre-requisites: POL 112, POL 308 or PSY 226
This course provides a broad introduction to the interdisciplinary field of political psychology. The course emphasizes the application of psychological theory to political science topics and areas of interest. Topics that may be examined include, but are not limited to: experimental methods, social cognition, political attitudes, ideology, partisanship, emotion, identity, stereotyping, and prejudice. Some background knowledge of social psychology is helpful, but not required.

Political Parties and Public Opinion (POL 311)
Offered annually (fall)
This is a writing intensive course designed to introduce students to the citizen’s role within the democratic process. More specifically, this course focuses on citizen’s patterns of participation, values, ideological orientations, political parties, party support bases, elections and voting behavior. In addition, the course will ask whether citizen’s participation overall is in decline and what effects it may have on democracy, if it is.

East Asian Politics (POL 315)
Offered annually (spring)
This is an undergraduate course designed to provide students with an understanding of government and politics in three East Asian countries (Japan, South Korea, and Taiwan) from a comparative perspective. There will be occasional discussions on other East Asian countries such as China and North Korea. However, they are not the main focus of this course (writing intensive).

Ideals and Ideologies (POL 401)
Offered fall of odd-numbered years
This course offers a survey of the main schools of thought in political theory and the way they are expressed in contemporary political ideologies. The ideologies surveyed in this course are liberalism, conservatism, socialism, fascism, and feminism (writing intensive).

What are the courses like in Political Science at NCWU?

Career Opportunities with this Degree

How does this degree prepare students for a career?

A degree in Political Science can prepare you for an infinite number of careers spanning many fields. Your courses in Political Science will challenge you to think critically, analyze complex problems, and to communicate effectively. You will also learn how to be an engaged and responsible citizen capable of enacting positive change in your communities. Some common career paths include:

Wondering what you can do with a degree from NCWU’s Political Science major? Check out these resources from NCWU Career Development & Leadership and the Occupational Information Network (O*NET).

Wesleyan is dedicated to assisting students in their professional development offering resources and guidance for hands-on learning experiences through internships, assignments within the courses and job search resources. Let us help you focus on your education and career at the same time!

I am so grateful for my time at NC Wesleyan University and my experiences in the Political Science program! Thanks to Dr. Kim and Dr. Kelly, I was able to explore a wide variety of topics and discover my passion for the study of political behavior. After graduating in 2019 with degrees in Political Science and Psychology, I decided to pursue a Master’s in Library and Information Science. I am now on track to graduate with my MLIS degree in May 2022! Thanks to the skills that I developed in the Political Science program, I have felt confident in my ability to tackle whatever graduate school has thrown my way. I currently work with the Los Angeles Philharmonic as a cataloging consultant, and I hope to one day combine my interests in libraries and Political Science by working with the Library of Congress.Andie Wilson
The POL major enriched my life in many ways. It provided me with lifelong friendships and allowed me to learn the ins and outs of both international and American politics. It also taught me valuable lessons in political literacy, civic involvement, and public discourse. It ultimately showed me that while we may not all agree on how our country should be run, we should all show each other respect as fellow citizens of this country.Joshua Campbell

North Carolina Wesleyan University is partnered with Smarthinking, a complimentary online tutoring service, provided to all Wesleyan students. This service is available 24 hours a day, seven days a week and features live tutoring in the subjects of writing, reading, math, computer and technology, science and business.

Be engaged at NCWU!

Choose from 30+ student-led clubs and organizations to connect with other students who share your academic interests or… create your own.

To simplify the transfer process, NC Wesleyan University has a number of partnerships with other community colleges, universities and institutions that allow students to enroll at NCWU with simple pathways. These agreements outline the courses you should take to prepare for transferring to NCWU. Review the full list of transfer articulation agreements to see if your institution is listed.

Interested in this major? Here are some suggested next steps.