Please join us this Monday, November 21 for our Fourth Monday Colloquium (although it’s the third Monday…) at 3 p.m. in Powers Auditorium. Cultural Hegemony

Please join us this Monday, November 21 for our Fourth Monday Colloquium (although it’s the third Monday…) at 3 p.m. in Powers Auditorium.

Dr. Shane M. Thompson will share some of his research for his forthcoming book, Displays of Cultural Hegemony and Counter-Hegemony in the Late Bronze and Iron Age Levant (Routledge, 2023). In the period of 1550-586 BCE, the Levant, i.e., the Eastern Mediterranean region, was under the direct control of multiple powerful states. Scholars have studied this period through the lens of imperialism, particularly focusing on political and economic dominance through administrative rule, military occupation, and the payment of tribute that primarily impacted local elites. Dr. Thompson’s study arises from these simple questions: to what extent did foreign dominance impact the daily lives of people who were not part of the ruling elite? Were they even aware that they were under foreign rule? By studying evidence from the Levant, such as religious iconography, architecture, and ritual, Dr. Thompson shows how locals countered foreign rulership in their cultural, especially religious, practices. 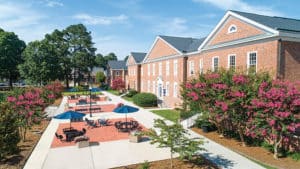